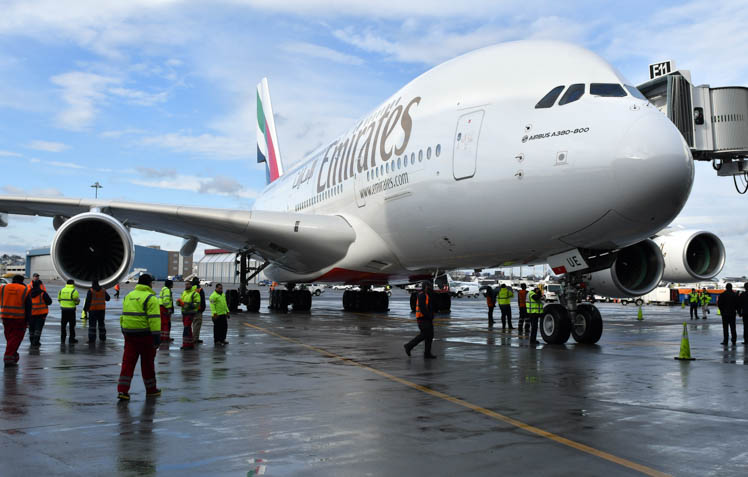 "The double-deck A380 truly is a marvel of science and engineering… with enough room to install stylish first-class suites, eye-catching bar or business areas, beautifully inviting cabin lighting and the quietest cabin in the sky, guests will enjoy every aspect of the flight and, thanks to innovative cabin air supply technology, will arrive at your destination feeling inspired and ready to go." *

That all sounds lovely… but boy is this plane big! So big in fact that Logan International Airport had to build a new wing with new jetways to accommodate these aircrafts and their double decker heights. The A380 is 40% bigger than the next largest airliner- woah!

This past January, Emirates landed the first A380 at Logan's newest wing of Terminal E and Corinthian Events was there to commemorate the landing. 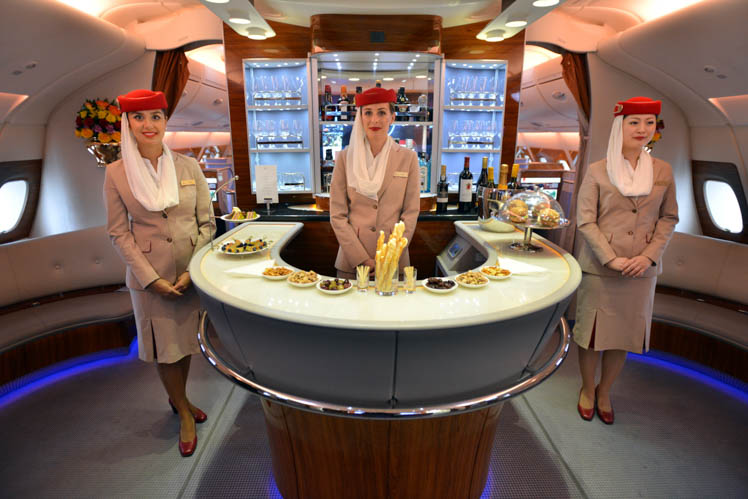 Not only was it a challenge for Logan Airport to accommodate the airline, it was also a challenge pulling off a special event in an international terminal with FAA rules and regulations. Logan Airport and Emirates ground crew were outstanding to work with and made even the most challenging restrictions a breeze.

Of course, everyone knows you can't bring a water bottle through security… but did you know that flower arrangements can't have water in them either?! 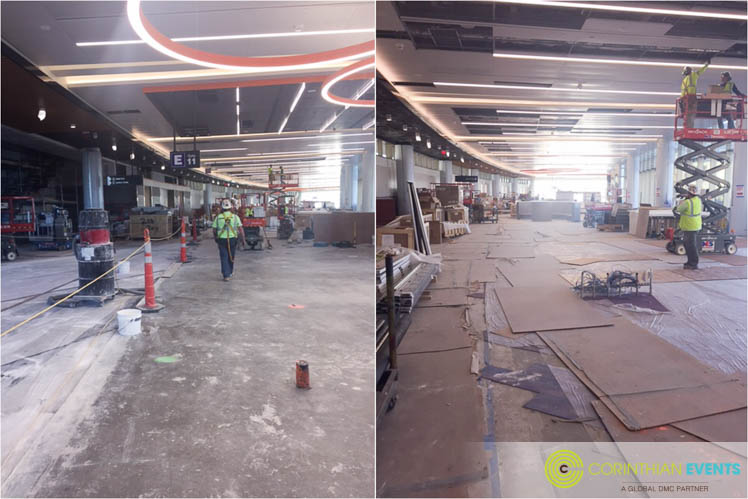 Did we mention the terminal was under construction just two days before the event? Check out our first glimpse of the space to design in - Yikes! There was a lot of crossing our fingers that all would be completed as planned with little buffer between opening day and the event. 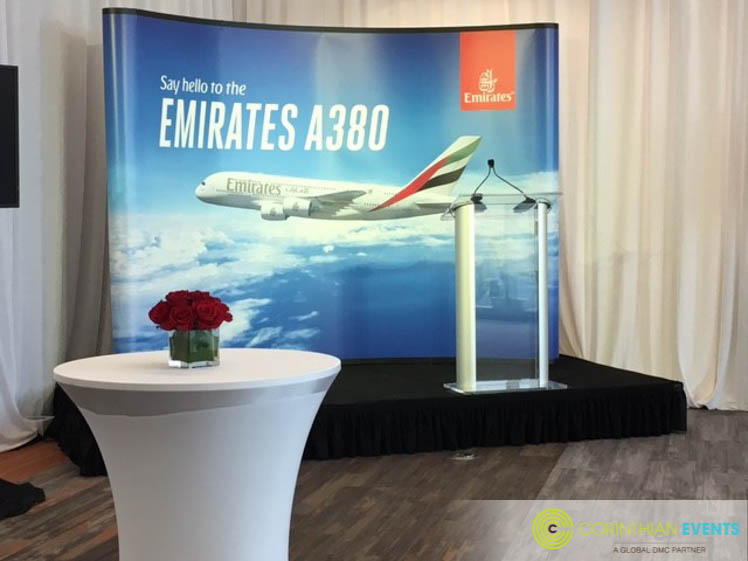 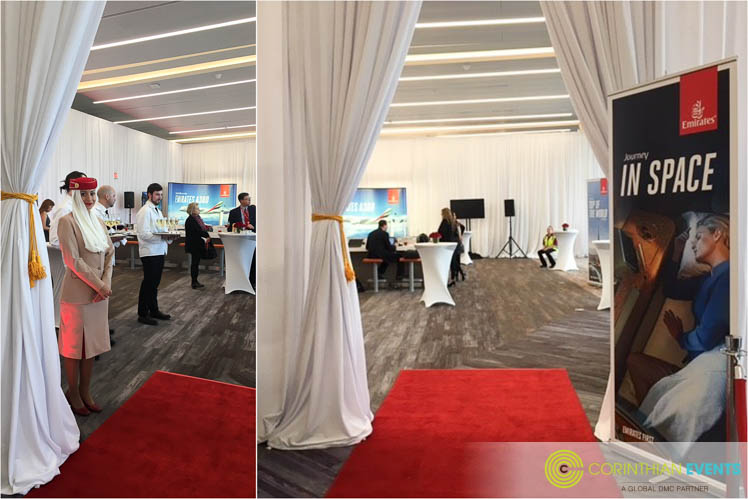 After guest's credentials were checked, they passed through security like any other passenger to be directed to the new wing of Terminal E. 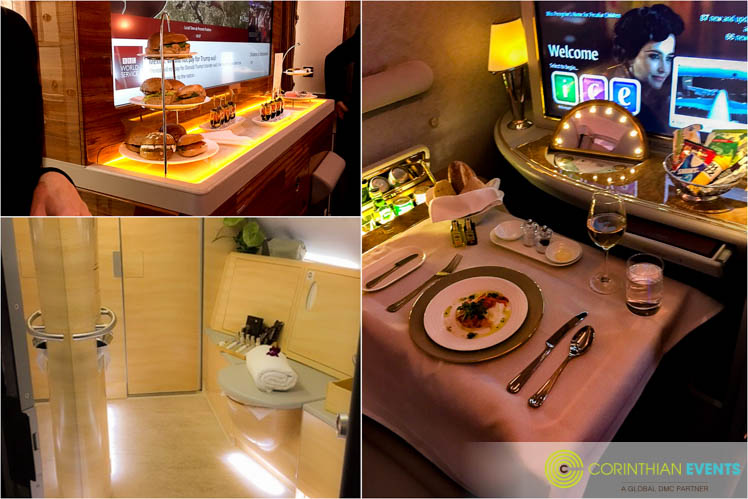 From the event space, guests were able to view the plane at the newly built jetway, hear a bit about the new wing and enjoy delicious passed hors d'Oeuvres and beverages. After the program, guests were offered a tour of this spectacular plane.

A few hours later not only did the plane back out of the terminal and fly off to the beautiful city of Dubai, our event was broken down, swept away and Gate E11 was ready for passengers the next morning! 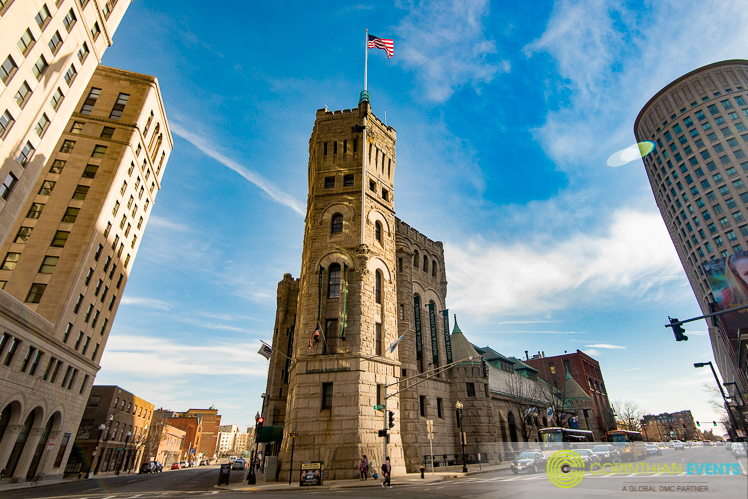 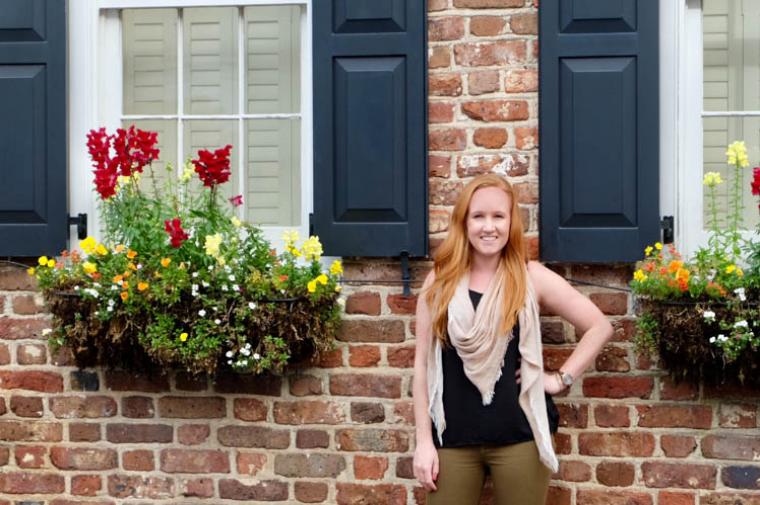