blogwebsitepopular
Go Back
Learn a New Skill: The Art of Falconry
09/11/2016
Posted By: Admin DreamingCode 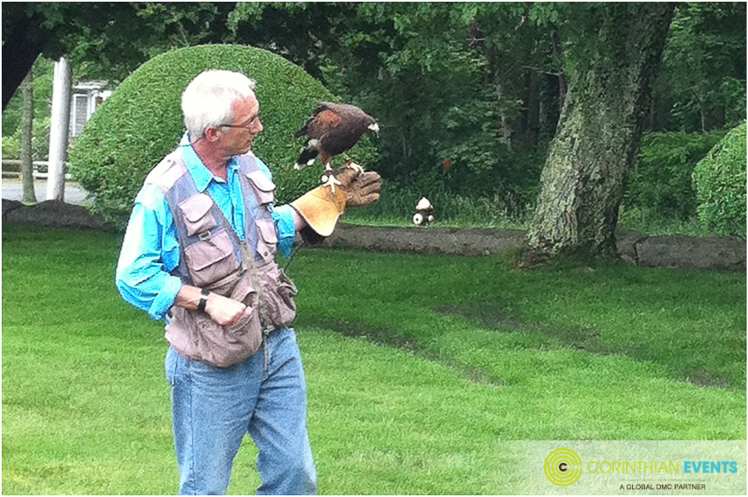 This summer was a busy one; from Cape Cod to Boston to Vermont, we have been planning events all over New England! Way back in June (seems like ages ago doesn't it?) we had our first big program of the summer down the Cape. The three-day program was ripe with activities and the chance to learn new skills such as sushi rolling, floral arranging, and even how to set a hawk in flight. Falconry was one of the most unique and exciting events of the program, where guests learned the history of falconry before having the opportunity to handle and free-fly a trained Harris Hawk. Talk about a one-of-a-kind experience! 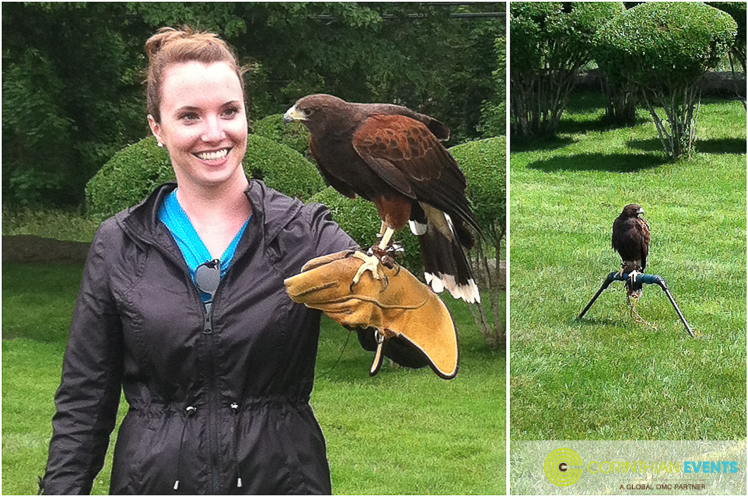 Victoria even got in on the action!

Here are some interesting tidbits that Chris Davis, a Master Falconer and breeder from New England Falconry, shared with guests during their introductory falconry session:

Chris brought two hawks to demonstrate hands-on falconry education. The activity was unpredictable and exciting, and definitely gave guests something to talk about later!
Share|
Go Back 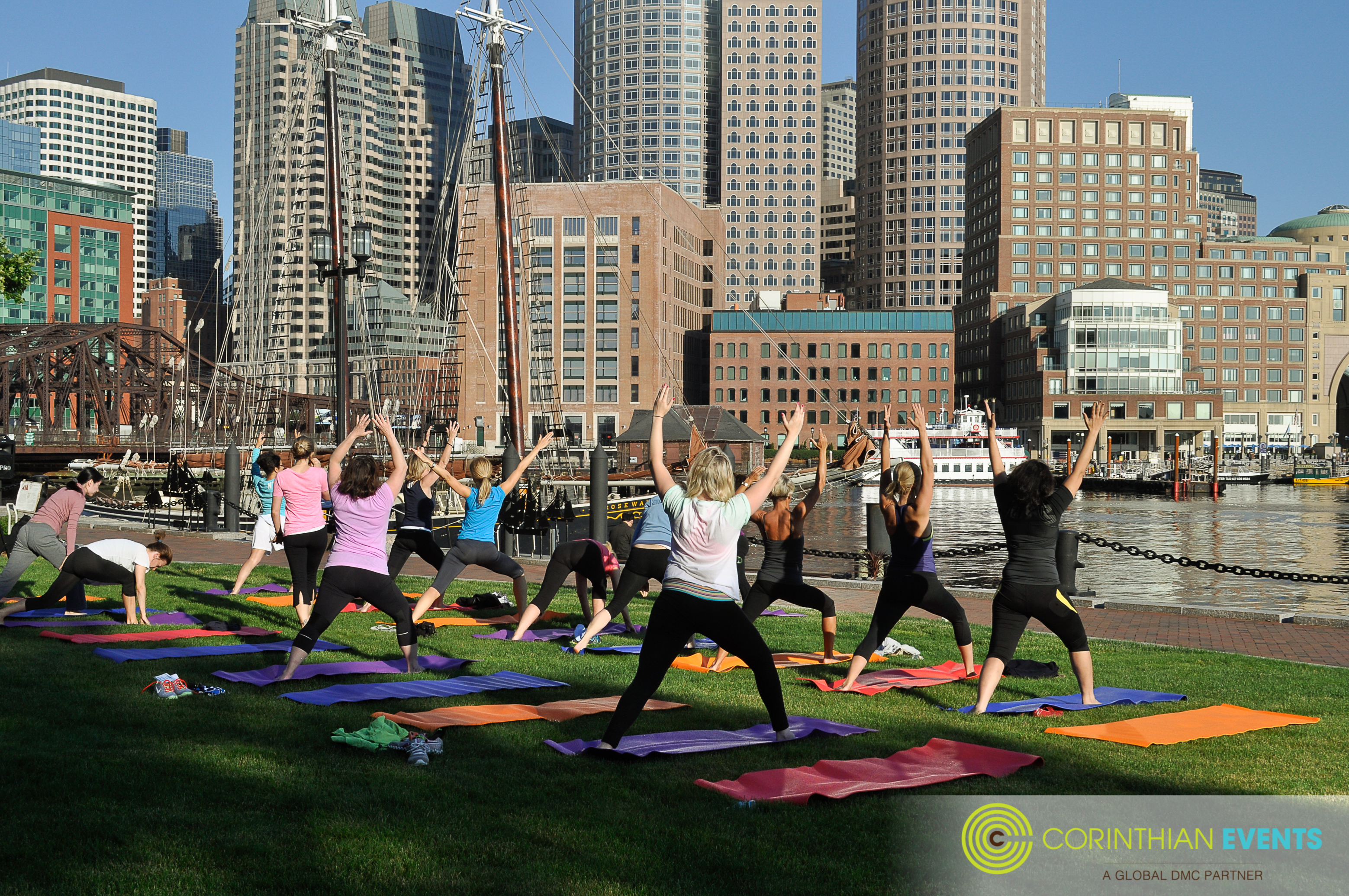 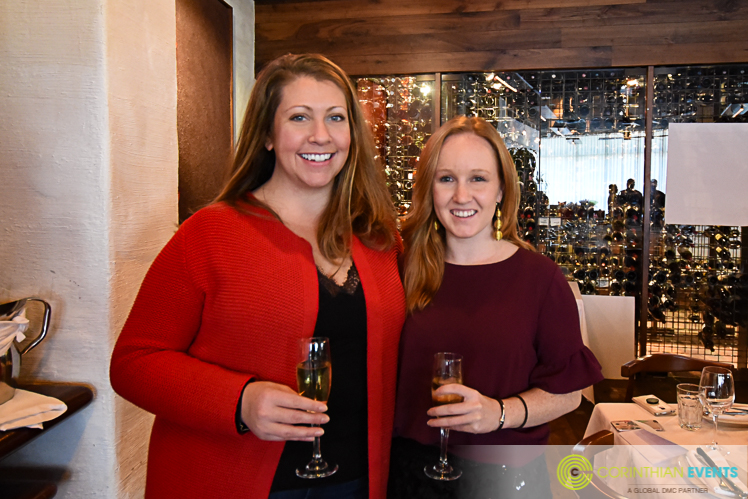 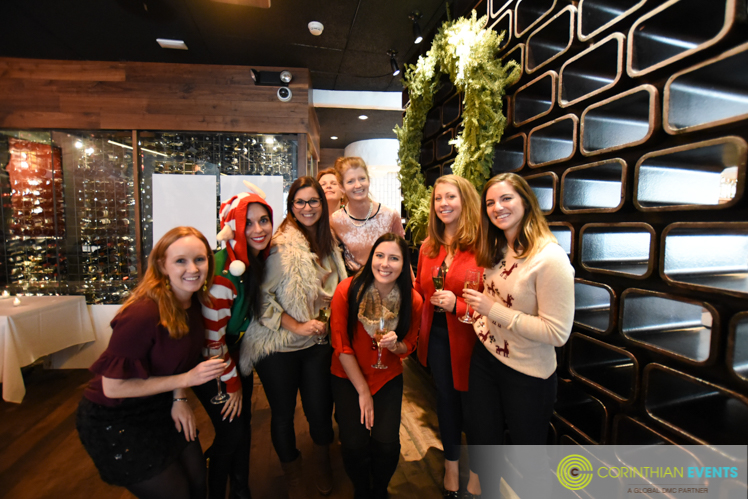 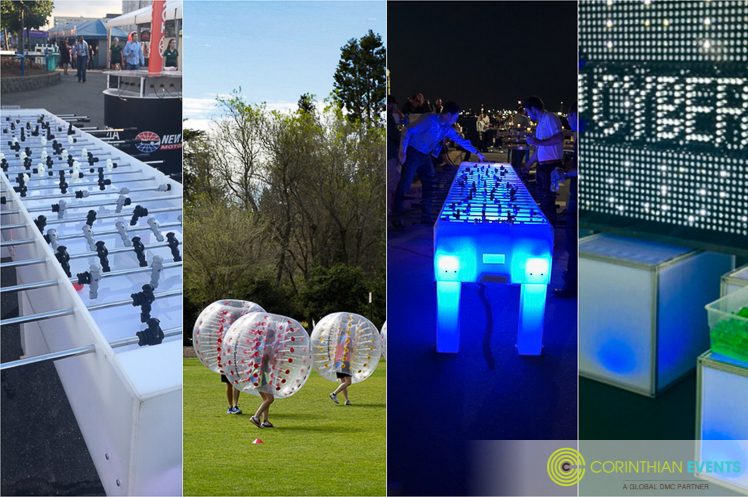